As part of the Surveying the Future campaign, we meet APC candidate Peter Folwell. Peter tells us, in his own words, about his varied career path that has led him to working on films such as Skyfall and Harry Potter. 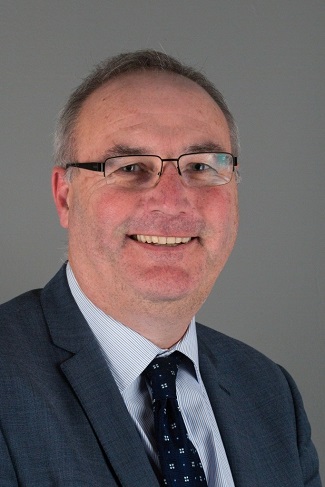 “When I was younger I wanted a career that would give me lots of variety and would see me out and about – not confined to the office environment. Completing a Surveying and Mapping degree at what is now the University of East London, I quickly moved into the field of Geomatics. Having been sent to Hadrian’s Wall and the Accession Islands for my first two assignments, I soon realised that I’d found a career I wanted to do for the rest of my life.

“After many years in the sector, my current role is business development director for a specialist Geomatics company called Plowman Craven – a company I’ve had a 30 year association with. The reason I’ve been at the company for many years is because of the exciting and ground breaking work we do. We can be measuring historic castles or palaces one minute and then, the next, working on the underground or iconic commercial buildings.

“The team and I have been involved in a number of Hollywood blockbusters over the years including the James Bond film Skyfall, Pirates of the Caribbean, Harry Potter and, most recently, X Men. Working with the film industry has also seen a number of our staff members regularly travelling overseas for a prolonged period of time to work on location – something which continues to appeal to me.

“Although surveying and film production may not sound like industries that go hand in hand, modern film making actually relies a lot on the accurate measurement of sets, locations, props and people, in order create impressive CGI animations and special effects.

“Plowman Craven is an RICS-accredited company and we have a number of chartered surveyors working here.  The RICS qualification is highly respected across the world and I am currently working towards it through the Professional Experience Route.”