The surveying profession needs the brightest and the best to work in the UK and overseas. With 50 per cent of newly qualified professionals coming from outside the UK, it’s a war for talent that requires skill-sets right across the UK workforce. That means tapping into talent from diverse backgrounds.

“We are not there yet, but I look forward to the day when we’re no longer talking about ‘diversity quotas’ because it means that it will have become the norm,” says Sean Tompkins, RICS CEO.

He is launching ‘Surveying the Future’, a new campaign to attract more talent to the industry, and believes it has an important role to play in demonstrating the culture change taking place in the profession.

“Tackling the issue of diversity in a traditionally white, middle-class and male-dominated sector, which today only has 13 per cent female representation among qualified chartered surveyors, is no easy task,” says Mr Tompkins.

He adds: “I know that the leaders in the industry want to ensure that any perceived barriers or obstacles preventing people – particularly women – from applying for jobs and reaching their full potential must be broken down so that we build the diversity of talent needed for the future.”

Over the next few months ‘Surveying the Future’ will promote the global appeal of a profession in high demand. It will take a look, from classroom to boardroom, at the issues which affect the retention and recruitment of talented people.

The president elect of RICS, 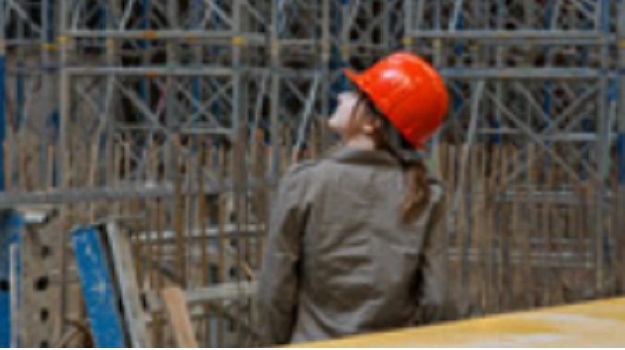 Louise Brooke-Smith, believes that one of the greatest challenges is the leadership deficit, particularly in areas where women’s skills and collaborative leadership styles excel.

She says: “Encouraging people to do better and achieve more can be helped significantly by making success visible, and that’s relevant across all career paths.

“I think partly why so few women are attracted to careers in construction, infrastructure, property and land is because there are so few successful females in the public eye. Our campaign will really drive through change in this area and highlight a broad diversity of talented professionals who are shaping the world we live in.”

What do you think are the barriers to diversity in surveying? Complete our survey.