As part of our RICS Recruit ‘Surveying the Future’ survey, you have told us that more profiles of women in the industry would help to promote diversity. You can still contribute to the survey here. 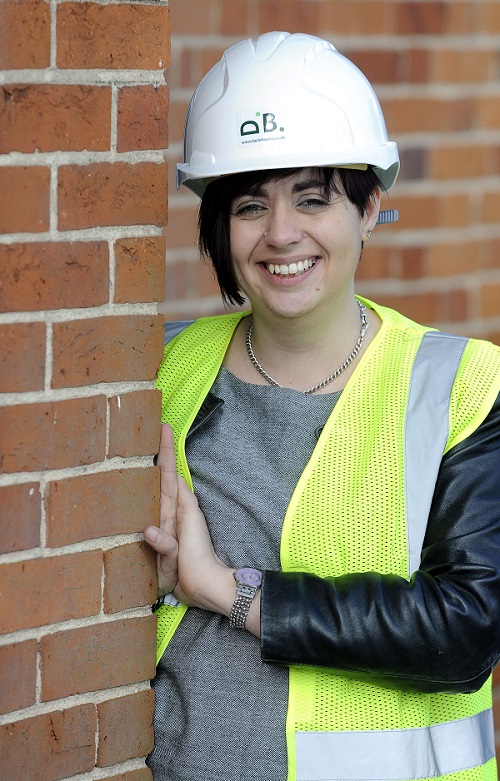 We’re delighted to introduce you to Dayle Bayliss, an award-winning businesswoman who has worked exceptionally hard to build a reputation and help others to enter the industry.

When you're doing the job of your dreams, have awards to your name and a high industry profile, it can be all too easy to forget the journey that got you there. No such case with building surveyor Dayle, who believes experience and reflection are critical to keeping ahead.

Even in her early classroom days, yet to make her GCSE choices, Dayle had already begun showing the passion for problem solving and mathematical complexities which would come to be at the heart of her working life. She remembers a fascination with the world of construction and a deep-rooted ambitious streak.

"I was quite a restless person in school, in as much as I was always eyeing what my next goal might be and how I could achieve it," she says. "Careers advice was nowhere near as helpful or as developed as it is now, so the only really signposting I had was towards a role in architecture. It seemed the appropriate route for me, so after traditional A Levels in Maths, Physics, Art and Chemistry, I started down that road - and only then did I start recognising the broader scope of industry roles."

Once inside the learning cycle of architecture, Dayle recognised that her personality leant itself more to a technical undertaking. Taking a conscious decision to change her path, she left her course and then went to work for a contractor. This quickly proved a more enjoyable pathway, and after six months she found herself employed by a Local Authority after seeing an advert for an Assistant Building Control Surveyor. Even better - the role came with opportunity for degree funding.

"Everything fell into place, so in 2003 I embarked on a RICS accredited degree at Anglia Ruskin on a 5 year part-time course," Dayle explains. "I moved around, gaining lots of experience during that period and graduated in 2008 with a 2:1. I look back and realise that was an incredibly good choice of path for me. Combining study with being able to learn the job in a real life context, while picking up invaluable contacts, was just the best approach by far."

By the time of her graduation, Dayle worked with a multi-disciplinary consultant and then, having further recognised her personal areas of passion, she started an MSc in Conservation of Buildings. At the same time she embarked on her APC to become chartered.  She says: "Whilst this was challenging in that I had to balance a lot of study as well as work at this stage, I feel really lucky that I had such support from my employer, who also paid for the MSc."

The effort and juggling paid off because Dayle became chartered in 2009 and gained a distinction for the MSc in 2010. She is adamant that her choices of study and practical work have served her well en route to becoming an award-winning businesswoman. "Finding the first role in building surveying, and then choosing the various options I have, has allowed me to have a range of experiences. It meant that ultimately I was very confident about my ability to set up and run my own business when, in unforeseen circumstances, I was made redundant in 2011.”

Since launching that business, Dayle has worked exceptionally hard to build contacts, enhance her profile and gain credibility in her field.

She has been awarded accolades for her enterprising approach – including the RICS Wilderness Award, and has played a major part in helping the careers of others, by lecturing, coaching, and collaborating through initiatives like RICS Matrics.

"I am now using this next stage of my career to learn more about being in business and have recently started an MBA at University of East Anglia,” she says. "I would encourage anyone starting out on the road to try to find a path which allows for a combination of study and practical work in real businesses. I'd also strongly recommend getting a mentor and forming a relationship where you feel comfortable asking advice and learning from someone who has been there. "I've mentored, and been mentored, and I believe those relationships are so powerful in creating stronger business leaders for tomorrow."

Do you have a question for Dayle? Email them to us.