This year, we are reporting in median values as opposed to average to make data analysis more robust and meaningful going forward.  With an incredibly robust confidence level in the 3,461 UK respondents, 37% were based in London, 64% received a salary increase over the last 12 months vs 65% in 2018. 43% of respondents were under 35 years old and of the 64% of professionals who reported receiving a salary increase, the average pay rise was 5.2%. 62% were awarded after their annual pay review, with just 13% receiving an increase by finding a new employer or being counter-offered to stay with their current employer (down from 23% last year). 47% of respondents received more than 25 days annual leave and 27% of UK respondents being female (up from 22% last year).

Despite efforts at reducing the pay gap, there appear to be significant differences between females earning an average of £44,737 with £3,587 in bonuses and their male peers earning £53,061 with bonuses of £7,825. However, these figures do not tell the whole story. After further analysis by qualification, years of experience, and seniority, it appears efforts to address the gender pay gap may be yielding results.

Closing the gender pay gap is an issue that cannot be solved overnight. Headway is being made across most sectors of our industry and overall, the pay gap has fallen to 20% and is close to the national average of 18%. As more women are encouraged into the real estate and built environment realm, we expect the pay gap to close further. Each age range has a gender pay gap, ranging from 3.5% to 23% with significant differences above 30 years of age and huge differences in bonuses ranging from 25% – 250% which may be hiding significant discrepancies in renumeration across the country.

60% outlined an increase to their bonus as having the most effect in making them more productive at work.

58% of respondents feel valued in their current role, with 19% feeling poorly valued by their employers. After salary, the largest influences on how valued professionals feel are their work/life balance and being appreciated by line managers and colleagues.

49% of those working in the built environment shared that being forced to work weekends makes them most dissatisfied, closely followed by 47% having to work during annual leave. 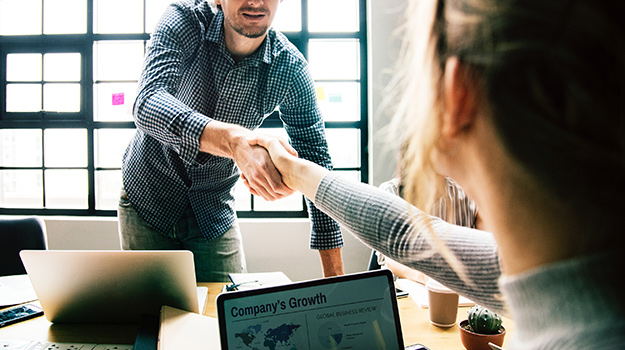 “Addressing the needs of the industry of the future, in recent years RICS have used our leadership role to ensure the awareness of surveying and the built environment as an aspirational career path for a diverse audience, and we’re encouraged to see progress in the gender pay gap, as well as RICS professional qualifications being held in high regard in the marketplace.

“RICS Professional qualifications, with our members working to international standards, have once again been seen to command a higher salary. The 2019 Rewards and Benefits Survey shows that attaining skilled workers will likely be harder post Brexit, despite a generally positive outlook for 2019, and the standards that our professionals work to that cross markets will be key.”

“Making the sector an attractive place to work for a wider talent pool will become ever more important in future markets, and some sectors have made great progress in reducing the historical pay gaps between male and female colleagues this year. Increasingly we’re seeing something closer to parity for those starting out in their careers.

However, we still have a long way to go, and we’re disappointed in the differences across bonus payments. This year, 25% of all newly RICS qualified professionals and almost a third of new enrolments are women, and while this is positive and shows the increasing numbers of women that view the sector as an attractive career, we can all do more. Looking at the areas cited in the survey as increasing work satisfaction for employees across the board, these also are the key areas that promote a diverse workforce – for example flexible working and positive work life balance. Employers would benefit greatly by focussing on these, as with Brexit likely to impact the talent pool, opening up our industry to all is imperative. The future of our industry hinges upon its young leaders.”

Read more about Macdonald & Company and find out about their job opportunities today.