Standards and Regulation Board Members 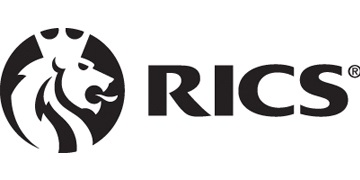 At a pivotal time in the organisation’s development we are looking for four new Board members (two Chartered Surveyor board members and two independent board members) to join the independently led Standards and Regulation Board (‘SRB’) in a critical phase of change and development.

Following the positive vote from the profession in November 2018 to modernise and transform our governance, RICS’ Standards and Regulation Board is a global Board which combines responsibilities previously held by the separate Knowledge and Regulatory Boards. It is responsible for overseeing and upholding the profession’s standards through a global assurance and enforcement regime, providing independent oversight and a public-interest perspective across RICS’ standard setting and regulatory functions.

The SRB is currently underrepresented by women and those with experience of the African continent and Asia Pacific. With a diverse membership from around the world, RICS encourages applications from candidates with a diverse background, particularly  women, people from an ethnic minority, people with disabilities and other underrepresented groups. Applications are invited globally from RICS professionals and independent (non-RICS member) candidates.

Members appointed to the Standards and Regulation Board will:

We are looking for strategic thinkers, with outstanding analytical ability and an understanding of working with cultural and national differences.

The role is remunerated at a rate of £5440 per annum. Remuneration and expenses will be paid in accordance with RICS policies.

The Board shall meet at least four times a year. Additional virtual attendance at catch-up calls and ad hoc meetings of task and finish groups set up to address individual matters are also likely to be required. The minimum time commitment for this role is approximately 15 days per annum.

Currently most meetings are held virtually but in normal circumstances,  some meetings will be held at RICS headquarters at Parliament Square. The Board will ultimately meet at such places, times and dates as the Chair of the Board determines as according to the Standards and Regulation Board Terms of Reference. Some global travel may be required (subject to government guidelines).

The successful candidates will take up their new role in February 2022.

To apply, please submit the following documents to srbapplications@rics.org:

Please note: The information you provide in your application will be shared with Odgers Berndtson, which is an agency assisting RICS in this recruitment process.

RICS is an equal opportunity employer committed to diversity and inclusion. We encourage qualified candidates from a wide array of backgrounds to apply because we know that it’s the differences in our people that make the difference to our performance.

Supporting Documents for Standards and Regulation Board Members

With around 180,000 qualified members, students and trainees in some 140 countries, RICS provides the world's leading professional qualification in land, property, construction.

In a world where more and more people, governments, banks and commercial organisations demand greater certainty of professional standards and ethics, RICS status is the recognised mark of property professionalism. This quality mark is assured by an independent regulatory function which underpins the highest standards of competence and integrity among chartered surveyors and firms.

Create a job alert and receive personalised job recommendations straight to your inbox.

Before you apply -
Turn on alerts for jobs like this!